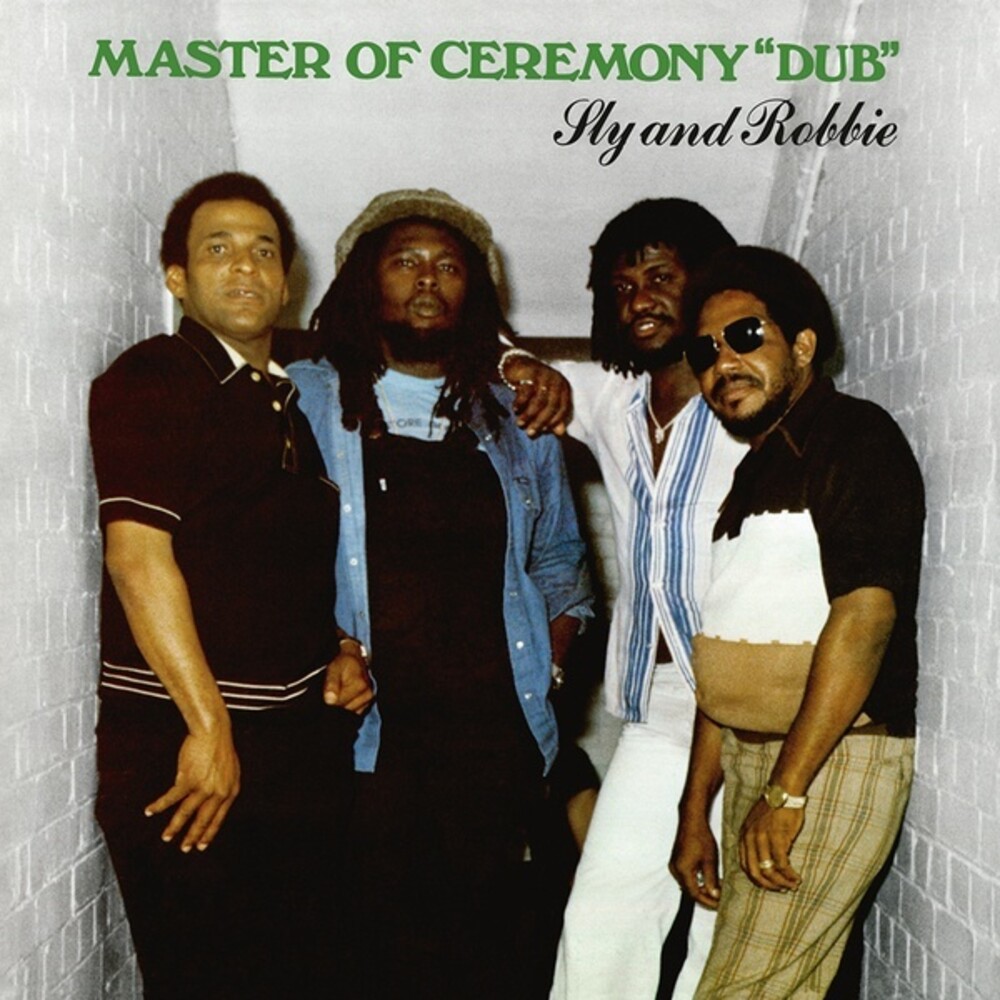 Radiation Roots present a reissue of Sly & Robbie's Master Of Ceremony Dub. Master rhythm duo Sly and Robbie first met on the Jamaican club scene of the early 1970s, when both were playing clubs on Kingston's Red Hills Road. They began working together at Channel One studio when Sly was drummer and arranger of The Revolutionaries and Robbie the bassist mainstay of Bunny Lee's Aggrovators and soon became the most in-demand drum and bass team on the island. This obscure dub album, originally released on the Imperial label in Canada, was produced by Lee in the late 1970s, and has the Rhythm Twins trying their hands at updating classic rhythms such as "The Liquidator," "Death In The Arena," "It's Raining," "Love Me Forever" and "My Conversation," as well as killer cuts of Johnnie Clarke's "Roots Natty Congo," Gregory Isaacs' "Storm" and an odd "Legalize It" rendition, plus some wacky between-song interjections. A must for all dub devotees.