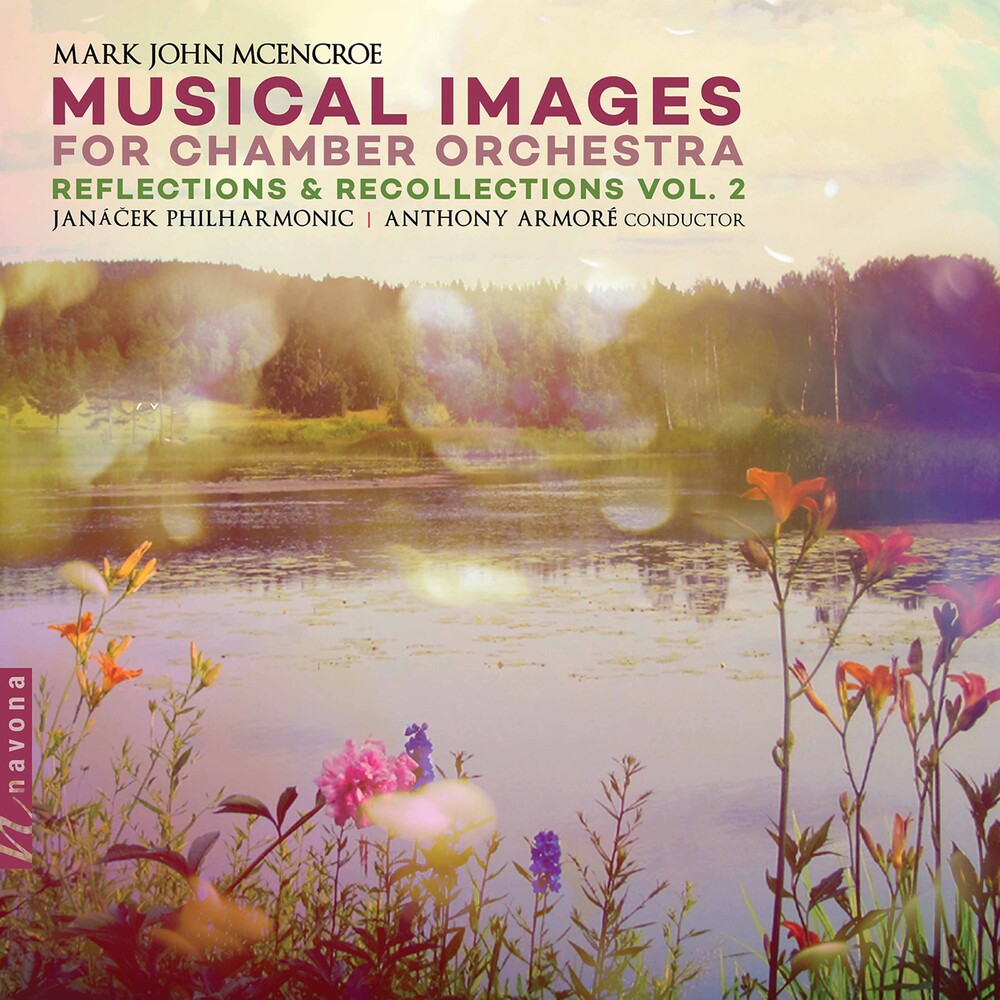 Navona Records proudly presents it's latest release from composer Mark John McEncroe: MUSICAL IMAGES FOR CHAMBER ORCHESTRA - REFLECTIONS & RECOLLECTIONS VOL. 2. The album, which was recorded in the Czech Republic, features 11 of McEncroe's piano works performed by the Janácek Philharmonic Orchestra. Mark McEncroe has lived a rich and compelling life: born in Sydney, Australia in 1947, McEncroe spent decades as both a professional chef and as a music executive; yet, he only began studying piano seriously at age 37. McEncroe capitalized on his sundry life experiences to craft this series of vivid musical reflections. Daybreak, the album's first track, sets the tone with a bright, unflappable woodwind passage, which is met with a lush, sweeping string accompaniment. The consoling effervescence of this first piece is paired with Floating Lilies, featuring a series of aching minor descending figures. Later on in the album, Dance of the Pagans is a mischievous and scampering piece, inviting the listener to join in the dance around the campfire. This is followed by Natalie's Theme, in which somber recollections build and erupt into crescendo only to retreat at once to heartrending silence. The album concludes with Shimmering Lights, which guides the collection to a decisive and satisfying final cadence. In MUSICAL IMAGES FOR CHAMBER ORCHESTRA, Mark McEncroe demonstrates both his masterful understanding of the human spirit as well as the compositional tools he employs to explore it. The album is richly dynamic, replete with towering highs and immersive lows. Listeners will be delighted to know that VOLUME 3 and VOLUME 4 in this series are already in production.