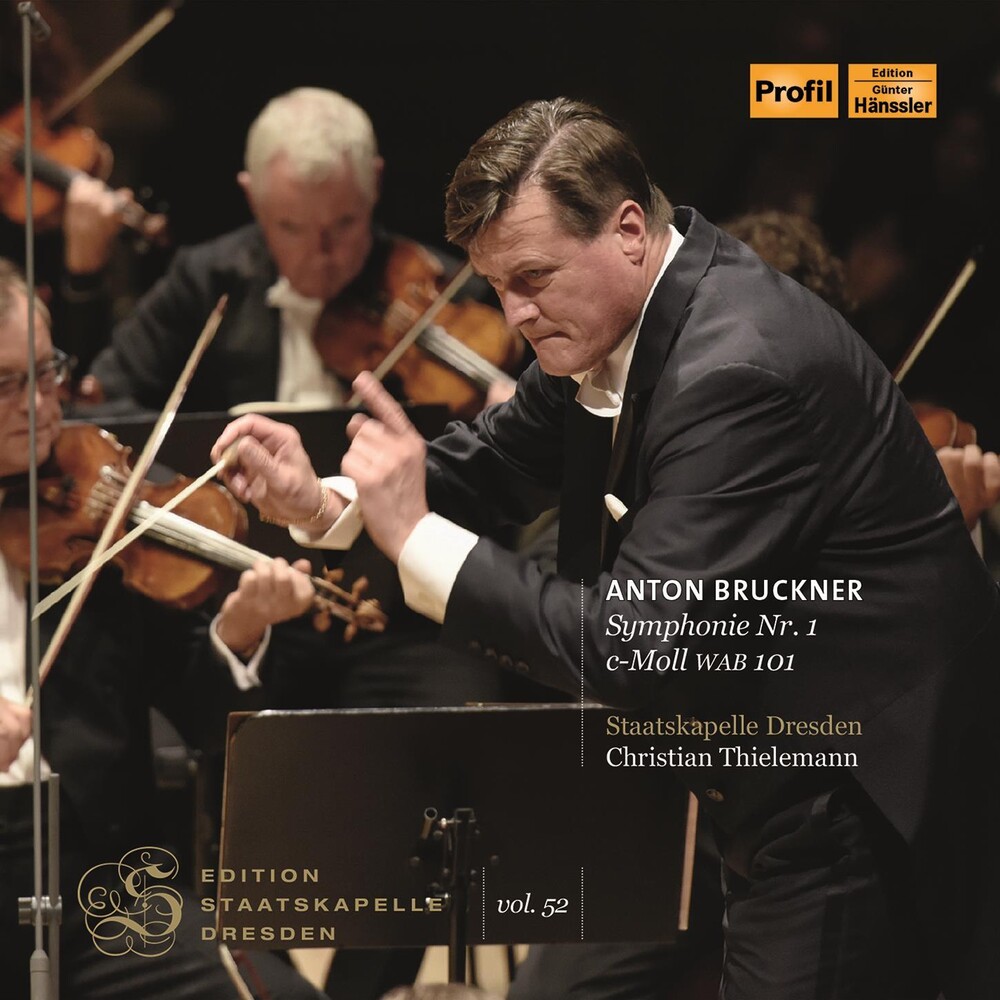 The present release is a special live recording of the Staatskapelle Dresden's 1st symphony concert of the season in the Semperoper on September 1, 2017. Christian Thielemann's engagement with the symphonic work of Anton Bruckner takes him in Vol. 52 to the composer's early years. The carefree mood of the First Symphony's last movement prompted the mature Bruckner to comment: "Never was I so bold and cheeky again." The work was composed from January 1865 to April 14, 1866, in Linz, with the 2nd version adapted in Vienna from March 12, 1890 to April 18, 1891. It premiered on May 9, 1868, in the Redoutensaal in Linz, with the augmented opera orchestra conducted by the composer. The Vienna version was premiered in the Musikvereinssaal in Vienna on December 13, 1891, with Hans Richter conducting the Vienna Philharmonic.