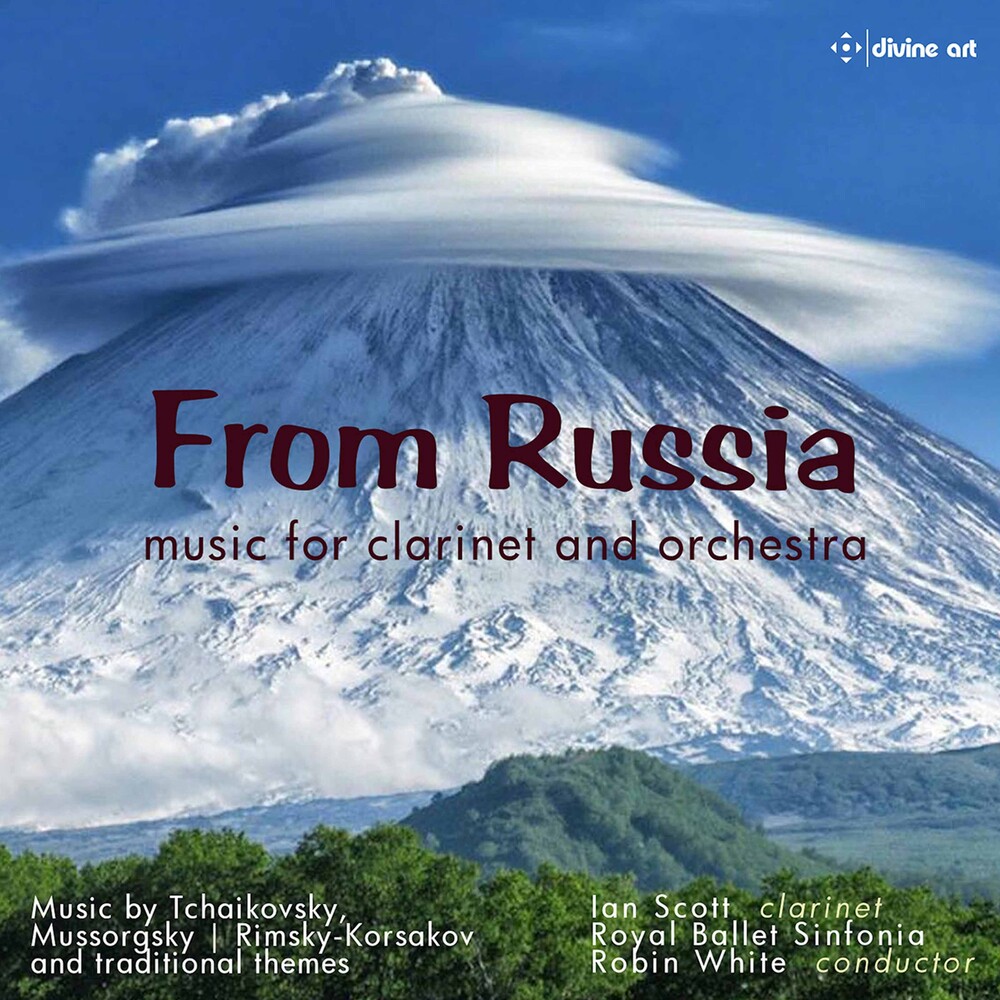 Pure enjoyment is provided by this delightful new recording of popular Russian music arranged for clarinet and orchestra by Robin White. From Rimsky-Korsakov's Clarinet Concerto - originally scored for military band - to the Andante Cantabile from Tchaikovsky's first string quartet (a staple for arrangers for decades) this a beautifully played album by one of Britain's foremost orchestras. An interloper from Italy (but of Eastern European style) provides a superb finale. Ian Scott is the principal clarinet of the Royal Ballet Sinfonia and has been guest principal with several top London orchestras. He has previously made premiere recordings of Clarinet Concertos for ASV and Dutton. Arranger and conductor Robin White has enjoyed a very busy and varied career; his first recording (1992, Chandos) was very popular and he has made other recordings of light music for several labels. He has managed his own orchestra and choir and appeared, with his choir, in a pivotal episode of the British TV drama series EastEnders. As an arranger of light music, his work has been broadcast by BBC orchestras many times.
back to top