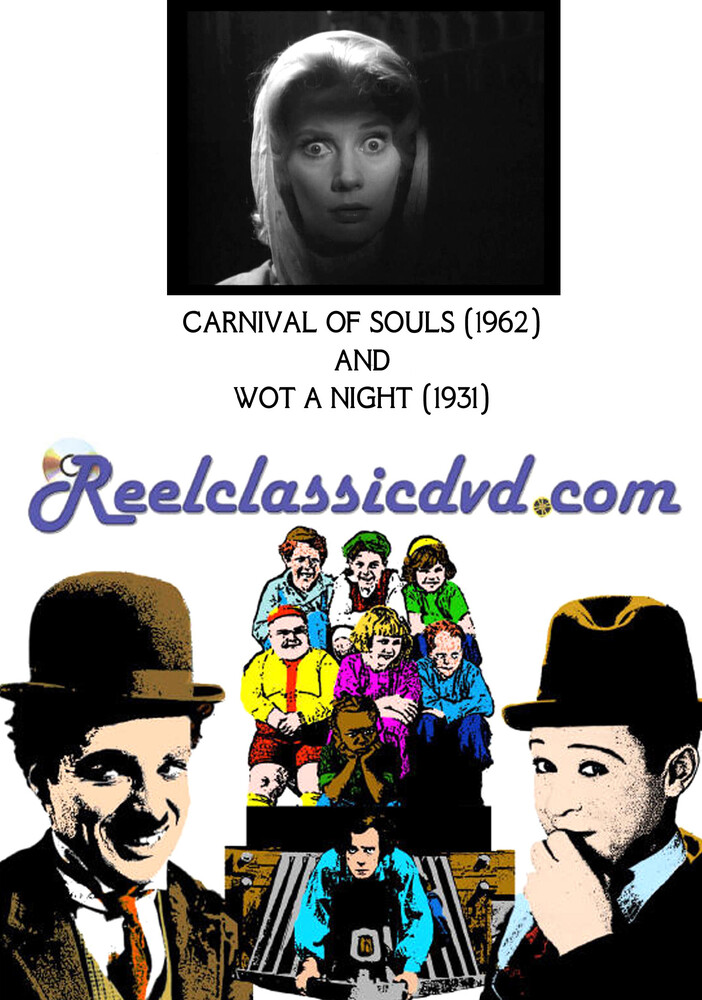 CARNIVAL OF SOULS (1962) and WOT A NIGHT (1933) CARNIVAL OF SOULS starring Candace Hilligoss, Sidney Berger, Herk Harvey and Frances Feist. Directed by Herk Harvey. Following a nasty car crash, a young woman decides to start life anew, taking a job as a church organist in a distant town. She soon finds herself drawn to a mysterious abandoned pavilion and begins to have encounters with the living dead. A low budget horror favorite that works on every level, this film conveys a real sense of dread and mystery as it unfolds to it's shocking conclusion. WOT A NIGHT Produced by the Van Beuren studio, this cartoon features the characters Tom and Jerry (not the later MGM cat and mouse duo) who run a taxi service and find themselves caught in a haunted castle. Surreal, outrageous and certainly not politically correct, this cartoon is hilarious and shocking by turns. Crazy entertainment!