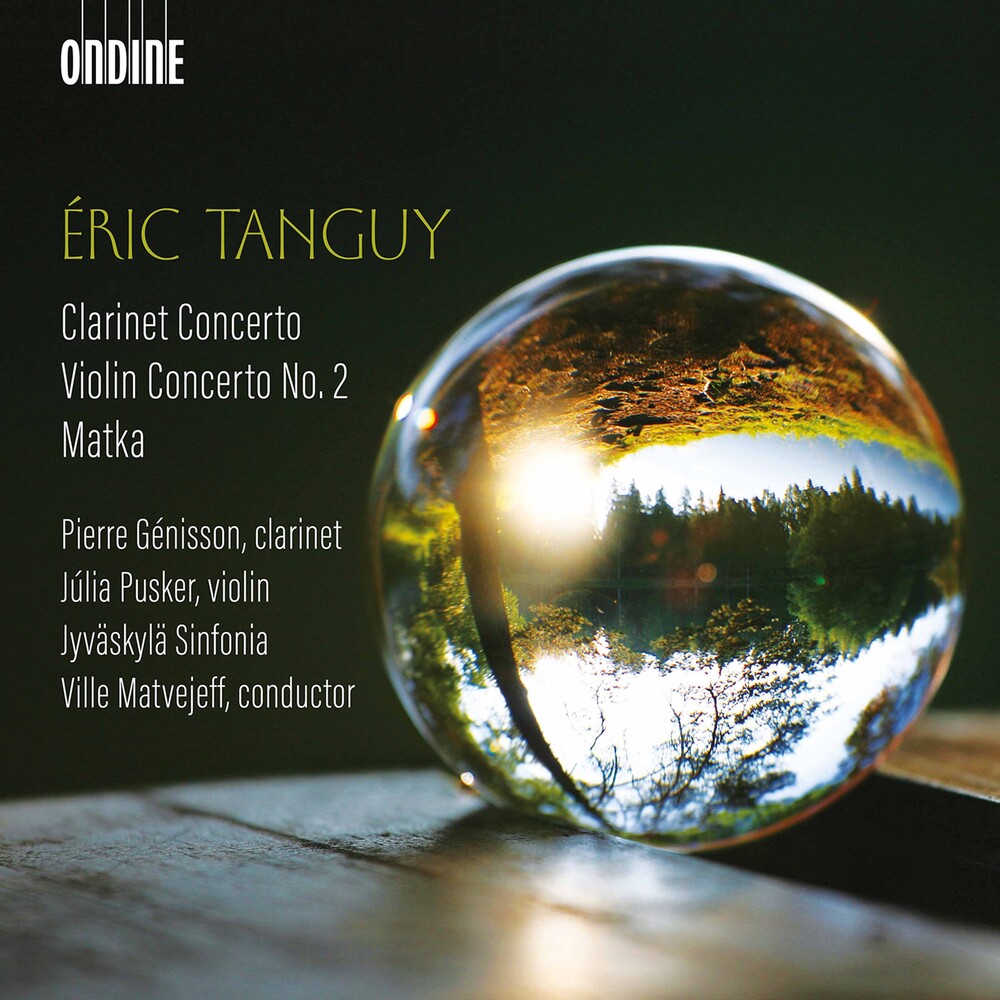 This album by the Jyväskylä Sinfonia conducted by Ville Matvejeff presents three works by Éric Tanguy (b. 1968), one of the leading composers in contemporary French music with two outstanding soloists, clarinet Pierre Génisson and violinist Júlia Pusker. The Clarinet Concerto was written for French clarinetist Pierre Génisson to accompany Mozart's Clarinet Concerto. However, this melodic and lyrical work in three movements does seek to establish an analogy with Mozart's work. Tanguy's 2nd Violin Concerto, revised in 2003, is built on a very classical form, is set in three movements and includes the archetypes of a traditional concerto, including a big cadenza, as well as the fast-slow-fast construction with the purpose of finding a balance with modern times. The concerto is performed by Júlia Pusker, prize-winner from the 2019 Queen Elizabeth violin competition in Brussels. Matka ('journey' in Finnish) is a symphonic piece written by Tanguy for Sibelius' 150th anniversary and commissioned by the Jyväskylä Sinfonia. The work is a spiritual tribute to Sibelius, a composer that has inspired Tanguy for many decades.