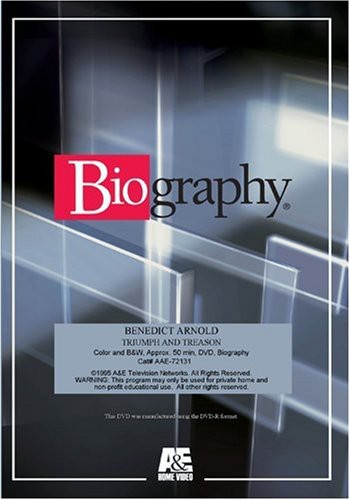 The American Revolution bred many heroes whose courage and leadership on the battlefield helped win independence. But one of America's greatest commanders found fame as the most notorious traitor in history. What made Major General Benedict Arnold turn against the cause of his infant country? BIOGRAPHY. Journeys back to the battlefields of the Revolution for an in-depth look at a career of stunning victories that went unrewarded. Despite defeating the British at Ticonderoga, nearly making Canada America's 14th colony with the victory in the Battle of Saratoga and engaging British warships in Lake Champlain in America's first naval battle, Arnold was continually passed over for promotion. Thomas Fleming, author of 1776: Year of Illusions, relates how the breaking point came when Arnold was nearly court martialed. Soon afterwards, British spy John Andre was captured with documents Arnold gave him, and Benedict was forced to go over to the British side. Join Biography. #for the tragic tale of a man who eventually felt abandoned by every cause he espoused; whose luck in battle was not matched anywhere else in his life.
This website uses cookies to personalize content and analyse traffic in order to offer you a better experience.
I accept Learn More
back to top