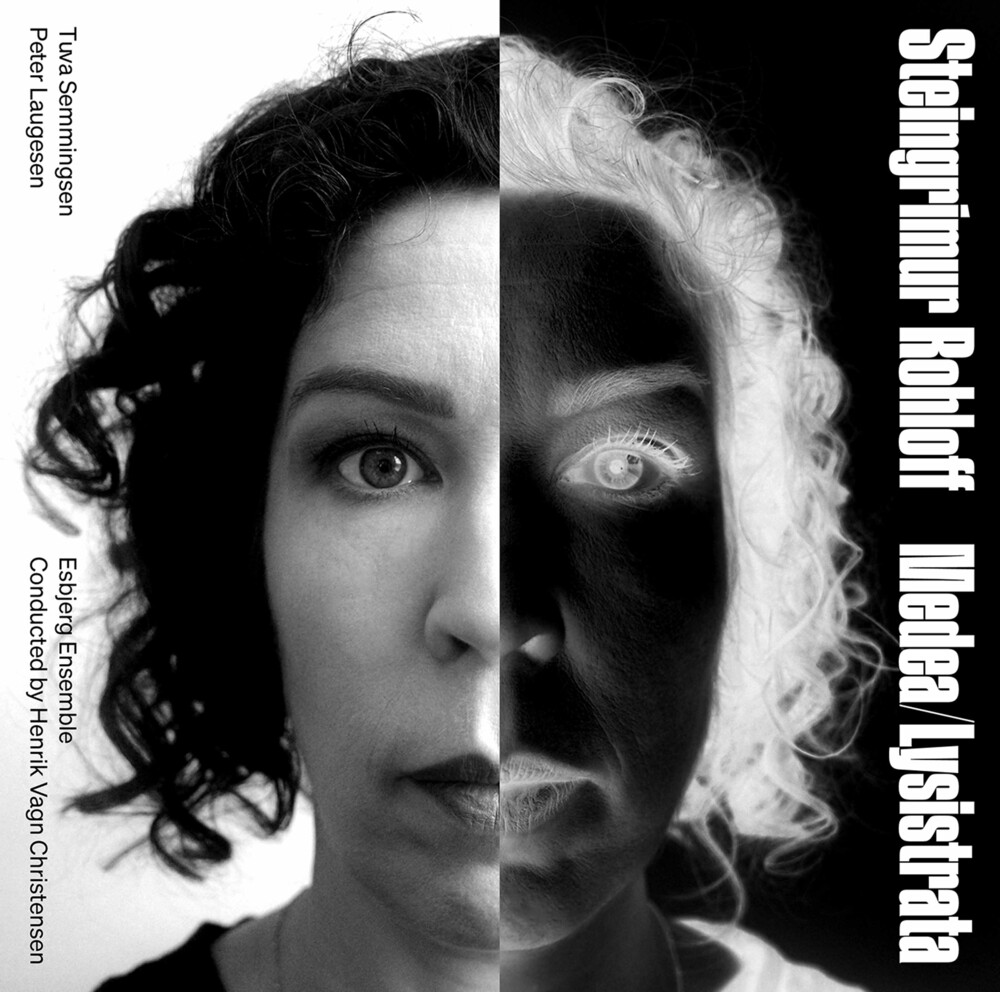 The classical figures of Medea and Lysistrata have captivated creative artists for centuries. The latest of them is SteingrĂ­mur Rohloff, an Icelandic-German composer who found his sensual, crystal-clear musical voice while studying with Gerard GrisĂ©y in Paris. The specially configured music recorded here benefits from Tuva Semmingsen's ravishing voice and Rohloff's decade of collaboration with Esbjerg Ensemble - to beautiful, resonant and dramatic effect. The Icelandic-German composer Steingrimur Rohloff is one of the most prominent young Scandinavian composers, and his works have been performed in more than 25 countries worldwide. He studied in Cologne and in Paris at the Conservatoire Superieur and the IRCAM with GĂ©rard Grisey and Marc-AndrĂ© Dalbavie among others; this French school of crystalline orchestral music has influenced Rohloff profoundly. Among Rohloff's many awards is the prestigious B.A. Zimmermann Award, which he won whilst living in Germany. The jury described his music as: "of an original fantasy... exciting melodic creativity... colorful harmonies..."