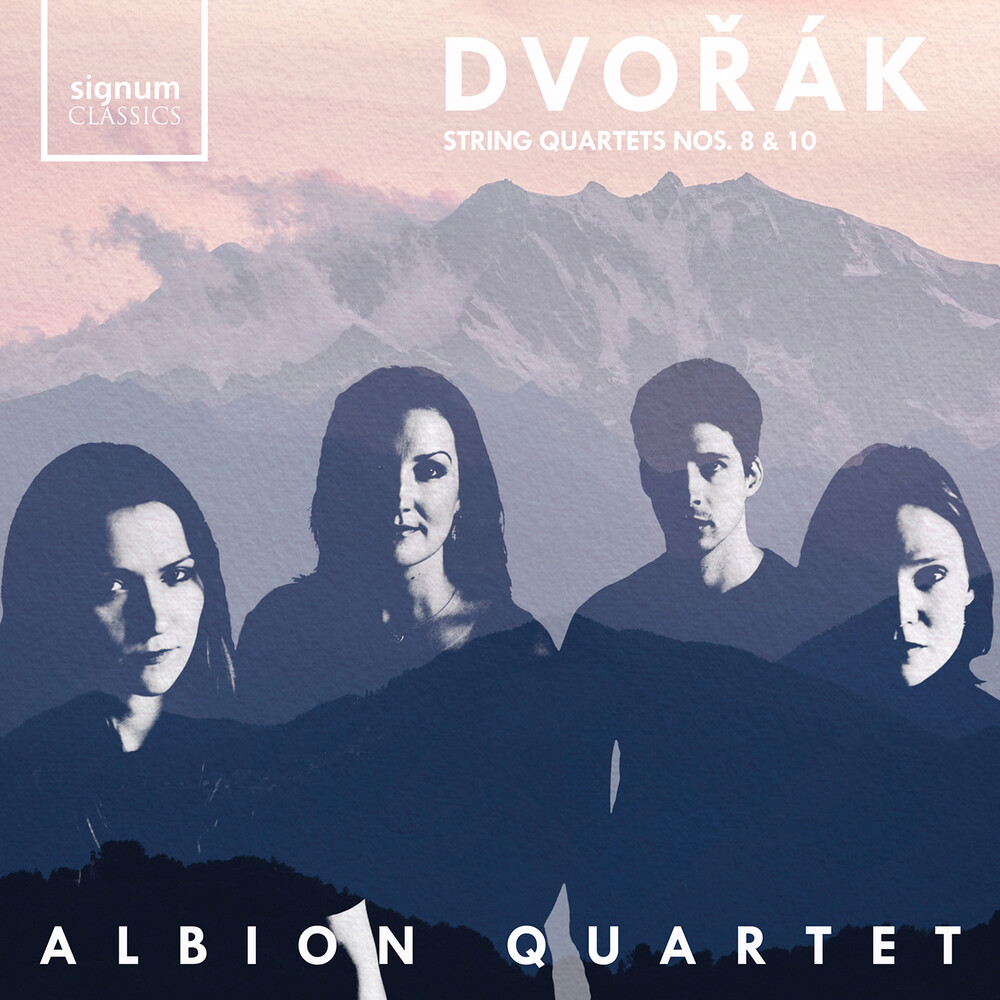 Formed in 2016, the Albion Quartet unites four outstanding young string players, brought together by a shared belief in the visceral power of the string quartet. The upcoming season sees the quartet returning to the Wigmore Hall and Aldeburgh Festival, as well as continuing residencies at Sainte-Mère Festival in France and RWCMD in Cardiff. They will be making a number of broadcasts for BBC Radio 3, whilst continuing their recording projects for Signum Records, for whom they are exclusive artists. Performances in the 2019-20 season include their US debut at the Phillips Collection in Washington, alongside appearances at several festivals including the Oxford Lieder, Stratford International, Belfast International, Cheltenham, Presteigne, and Lichfield, and participating in Beethoven cycles in the UK and Portugal. Here, the quartet continue their Dvorák series on Signum with spectacular renditions of his 8th and 10th quartets.