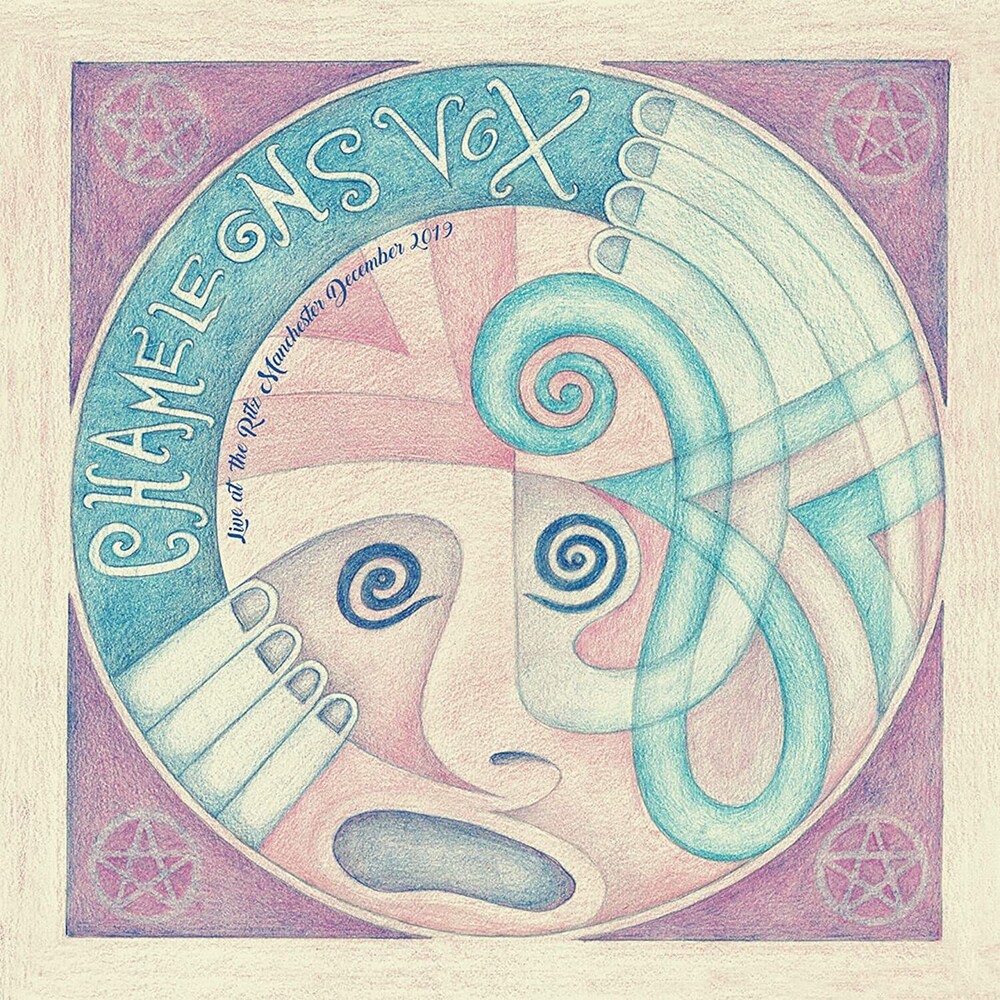 Double LP on Chameleon-splattered coloured vinyl with bonus 7", gig poster and a copy of the album / 7". Artwork by Reg Smithies. In 2019 The Chameleons returned once again to one of Manchester's most iconic venues, playing the original set they played one evening almost 35 years ago. Chameleons Vox are the latest incarnation of Manchester's post-punk icons The Chameleons, featuring original members Mark Burgess (vocals / bass) and guitarist Reg Smithies. Mark Burgess began with The Cliches, guitarists Reg Smithies and Dave Fielding arrived from The Years and drummer John Lever (who quickly replaced founding member Brian Schofield) originated with The Politicians. After establishing themselves with a series of highprofile BBC sessions, The Chameleons signed to Epic and debuted with the EP 'Nostalgia', a tense, moody set produced by Steve lillywhite, which featured the single 'In Shreds'.