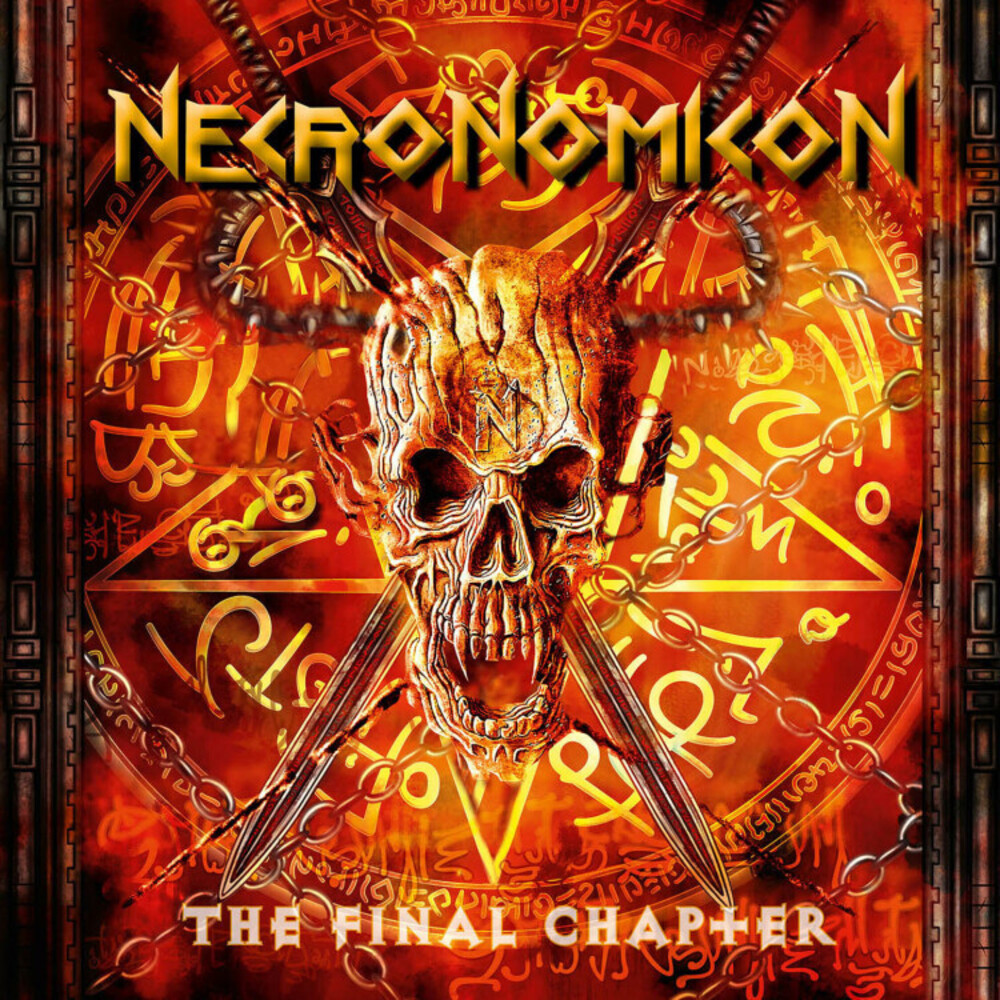 In 2018 "Unleashed Bastards" became probably the hardest, heaviest and most uncompromising album since the heavy hitting legendary debut album "Necronomicon". Several European, a South American and 2 Eastern European tours followed on the success of the album. Unfortunately, fate caught up with the band once again and Chris (drums) and Mike (guitar) left the band. Luckily, replacements were found quickly with none other than the great Rik "Roundcat" Charron (Ex-EXCITER, Canada) who took over the drum position in the band, and Glen Shannon (USA), replacing Mike in the solo guitarist position. And today? Necronomicon's new album, THE FINAL CHAPTER, marks a NEW chapter for the band. The overall sound is more international and massive but, oddly enough... you still know it's Necronomicon due to founding member Freddy and his distinctive song writing style. The songs on the Final Chapter are hard hitting, full force speed and power all in one package. Again, the album bears the unmistakable and signature sound of Achim KĂ¶hler who was responsible for the mixing and mastering. This album is coming to tear the roof down with a blistering sonic assault and energy that Necronomicon are known for... and maybe the final chapter... ?