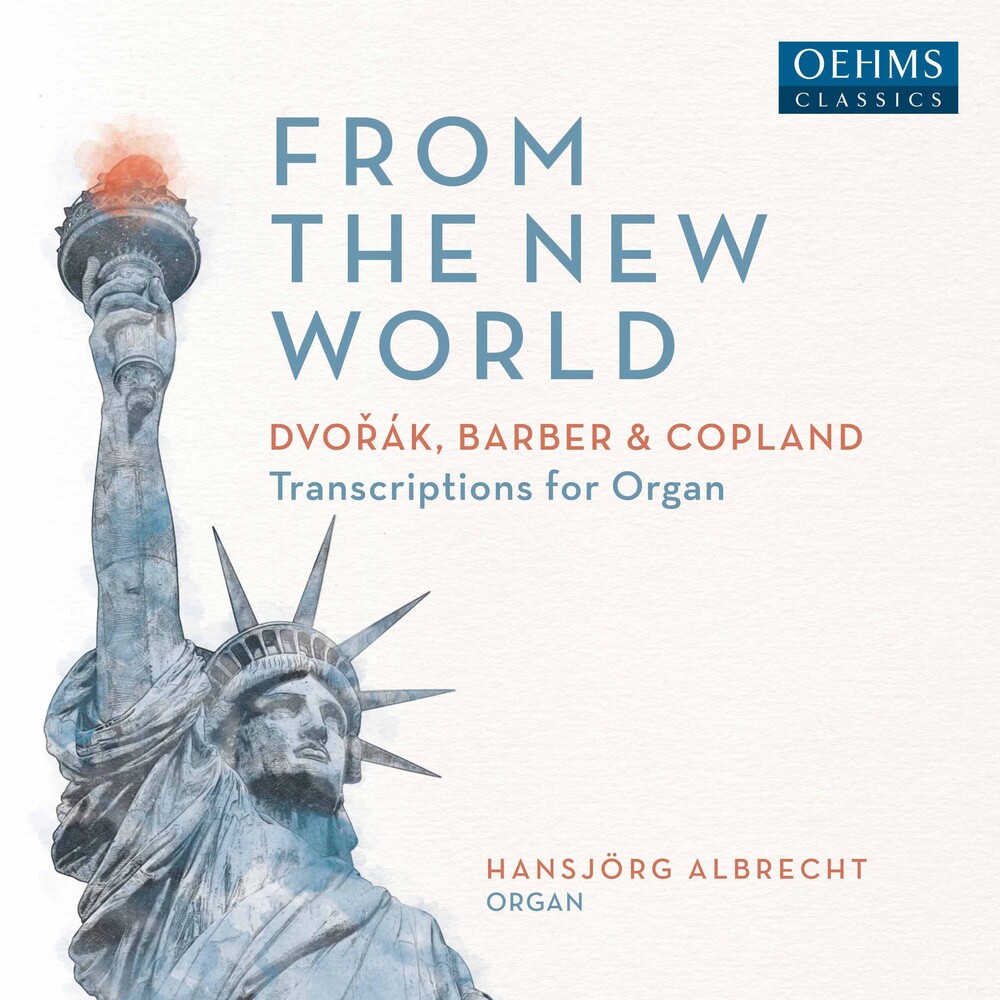 From the New World' is the subtitle of Dvorak's famous Symphony No. 9, implying a departure into a new musical world and representing a bridge between the European and American music traditions and their influences. Dvorak's music shares the programme with works by Samuel Barber and Aaron Copland. These new organ transcriptions are performed by Hansjörg Albrecht on the Organ system (large organ, concert organ, echo organ) of the main church St. Michaelis in Hamburg. Hansjörg Albrecht is - besides Ton Koopman, Masaaki Suzuki, Martin Haselböck and Wayne Marshall - one of the few artists who are regularly present internationally both as conductor and concert organist. He is considered a musical innovator and lateral thinker without fear of contact. As a conductor, he consistently follows his own paths - between archive and new creation and with an extensive repertoire from Bach to Messiaen - and with his organ transcriptions he has established himself as a specialist among the virtuosos of his instrument.