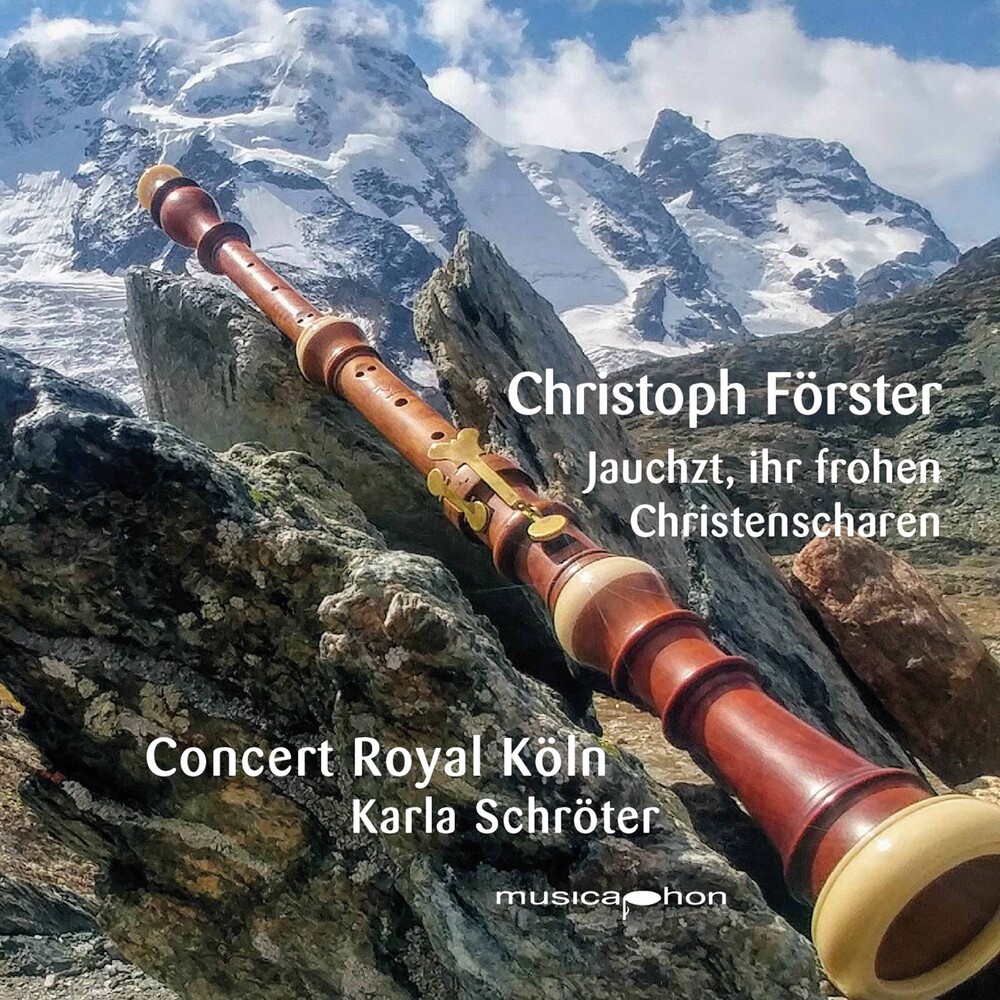 The Thuringian composer Christoph FĂ¶rster was born on 30 November 1693 in Bibra. He received his first musical training from the local organist Pitzler. Starting in 1710 he had instruction with Johann David Heinichen in Weissenfels and subsequently with Georg Friedrich Kaufmann in Merseburg, where he soon was also active as concertmaster in the court chapel. Journeys to Leipzig and Dresden are documented in 1719. In 1723 FĂ¶rster traveled to Prague for the coronation of Charles VII of Bohemia and met important musical personalities including Johann Joseph Fux, Antonio Caldara, and Francesco Conti. After the death of the Duke of Saxony-Merseburg, he applied for the position of Vice-Kapellmeister in Rudolstadt in 1743 - in the absence of a vacancy, however, without pay - which he held until his untimely death on 6 December 1745. According to a roster from 1743, the Rudolstadt court chapel, with twenty-five musicians, was a rather large ensemble and, aside from strings and keyboard instruments, had at it's disposal flutes, oboes, bassoon, trumpets, timpani, and horns, as well as choirboys. FĂ¶rster's oeuvre encompasses numerous church cantatas, psalm- and Sanctus-settings, a Mass, and copious instrumental music, including orchestral works, such as overtures and symphonies, instrumental concertos, and small-scale chamber pieces. FĂ¶rster's instrumental compositions are already strongly influenced by the gallant and sensitive style and point the way from the late Baroque to the early Classical periods. The change in style is clearly perceptible in the individual works. His compositions were well known during his lifetime and recognized by the musical world. Thus, Marpurg, in his Legende einiger Musikheiligen (1786), placed him "among the best melodists of his time." In 1730 FĂ¶rster subscribed to Georg Philipp Telemann's Tafelmusik and Parisian Quartets.