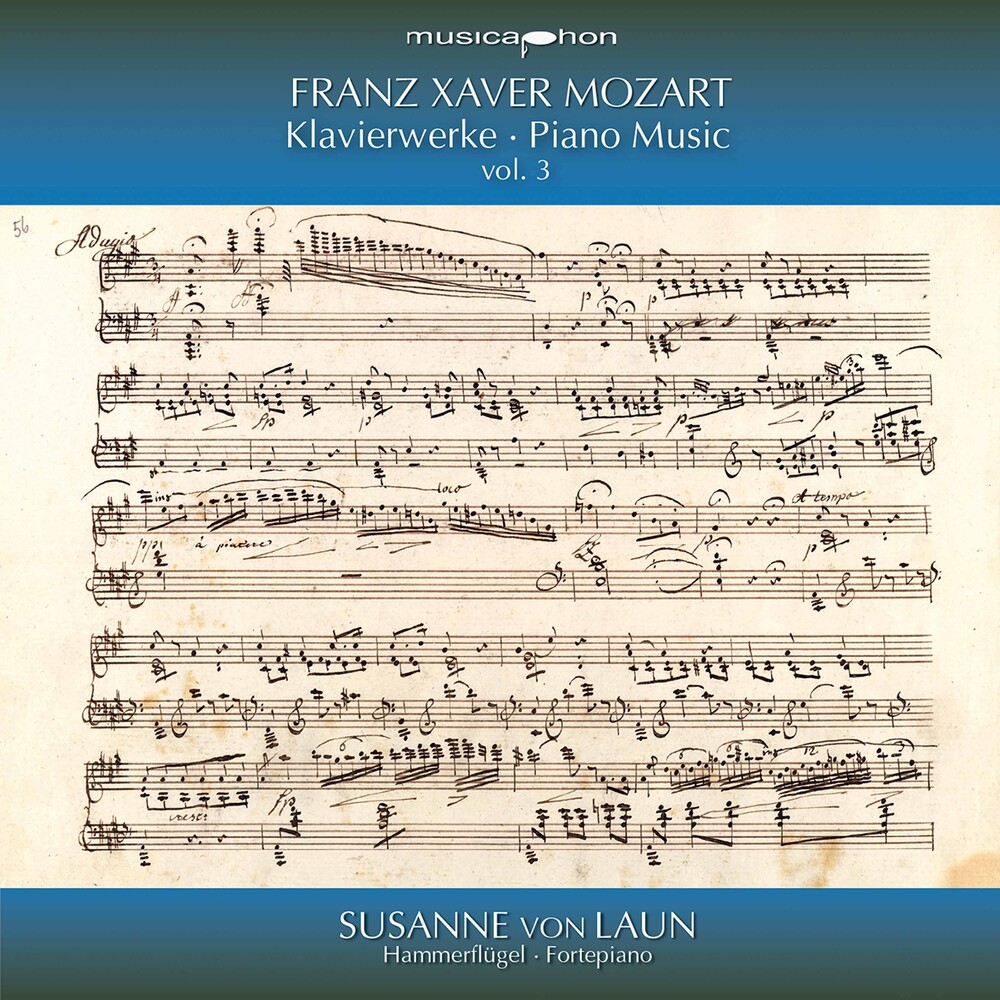 Franz Xaver Wolfgang Mozart, who appeared as "W. A. Mozart Son" or "W. A. Mozart fils", possibly was trained as a pianist from 1795 on, but at the latest from 1798. In addition, he received composition lessons from Haydn's favorite student Sigismund Neukomm and from Johann Georg Vogler. In 1803 his mother wrote to the Offenbach publisher André: "He composes small sonatas and variations for my festive days." Following his public debut on April 8, 1805, Mozart's youngest son perfected his piano playing with Johann Nepomuk Hummel and learned about composition with Johann Georg Albrechtsberger and Antonio Salieri. He left Vienna, the city of his birth, in 1808 and went to Galicia, which at that time belonged to the Habsburg Empire (today the region is divided between the territories of Poland and Ukraine). After two jobs as a piano teacher for Polish aristocrats in the Galician province, he moved to the state capital Lviv (now Lviv) in 1813. Here he stayed - apart from a concert tour of several years and a few short trips in 1818 - until 1838, devoted himself to extensive teaching and conducted a choir between 1826 and 1829. Mozart spent his last years in Vienna, where he increasingly appeared as a pianist. Mozart's work primarily includes piano solo music and piano-accompanied vocal music. The works gathered on this album and on the two previous albums in this series provide an overview of the former. It is interesting to see how in one of the main works in this recording, the Sonata op.10, which was composed in 1807, he did not deal with the sonata form that his father had further developed, but with the thematic and harmonious construction principles of the Mannheim School.