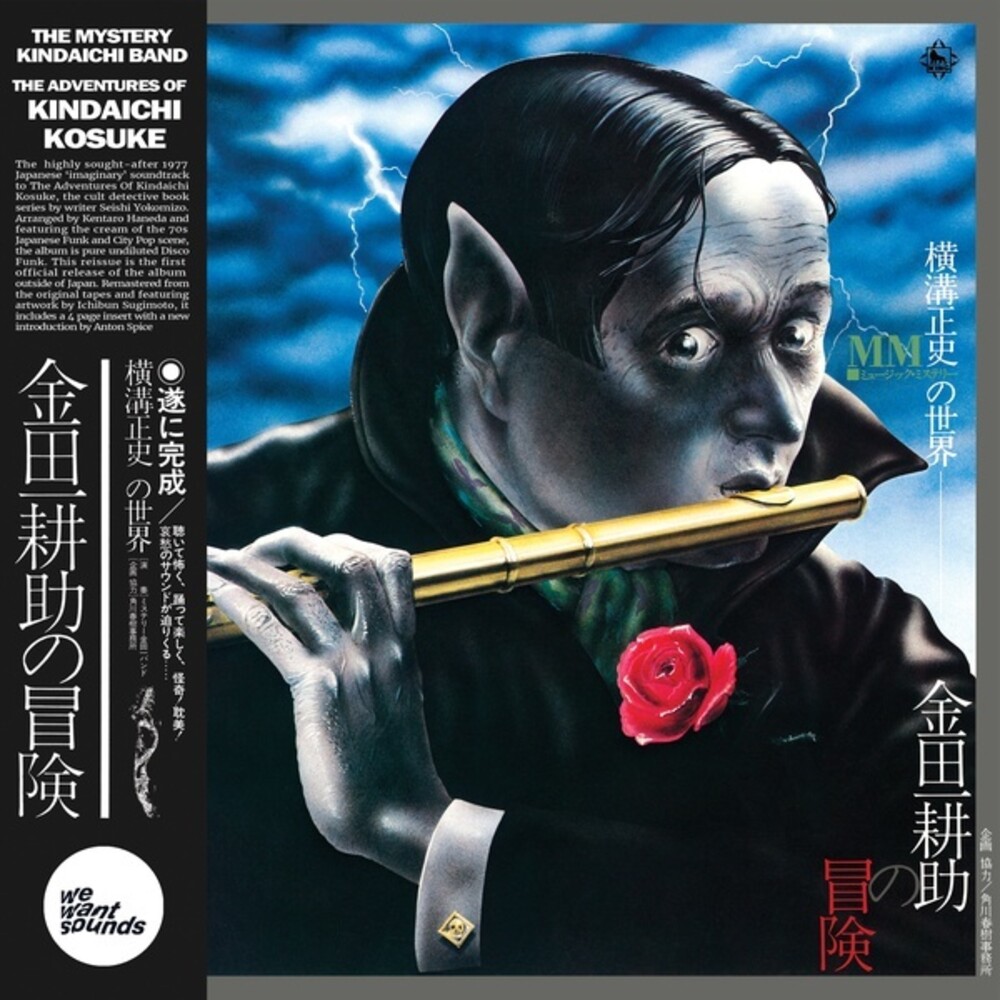 LP version. Obi; includes four-page insert. Wewantsounds present the first official release outside of Japan for The Mystery Kindaichi Band's The Adventures of Kindaichi Kosuke, originally released in 1977. The "imaginary" soundtrack to the cult detective book series by writer Seishi Yokomizo is on many DJ want-lists. Arranged by soundtrack master Kentaro Haneda and featuring a mysterious group of the best '70s Japanese Funk musicians, the album is pure undiluted disco funk. Writer Seishi Yokomizo is an institution in Japan. He could be compared to Agatha Christie with his series of novels based on the adventures of detective Kosuke Kindaichi. The fictional character was born in 1946 with Yokomizo's first novel in the series and solved mysteries until the late '70s under Yokomizo's pen before the death of the writer in 1981. Yokomizo's novels have been a prime source for film and TV scenarios, so when, in 1977, Japanese label King Records decided to record a concept album based on the Kindaichi novels, it made complete sense. The writer was slightly surprised though. The concept album was arranged by pianist Kentaro Haneda, a key TV and film composer who has worked on many anime films and is also famous outside of Japan for composing the music for the video game Wizardry. For the album, he assembled a supergroup of some of the best Tokyo funk and city pop musicians. The long list includes jazz pianist Hideo Ichikawa who played on the 1971 Joe Henderson In Japan album, drummer Jun Moriya, who is on Joe Hisaichi's cult Wonder City Orchestra album (1982), percussionist Tadaomi Anai who played with disco singer Eri Ohno, trumpeter Koji Hadori who's featured on Haruomi Hosono's Pacific album (1978). Also present on the album are saxophonist Takeru Muraoka who plays on many Tatsuro Yamashita cult albums including For You (1982) and Spacy (1977), Kimiko Yamauchi (koto) who's on Akiko Yano's landmark 1976 album Japanese Girl (WWSCD 017CD/WWSLP 017LP), and last but not least, French hornist Koji Yamaguchi who plays on Yazuaki Shimizu's Kakashi (1982). Together they lay the funk on ten instrumentals filled with pure disco and funk breakbeats, making the album one of the highly-coveted Japanese LPs on international cratedigger scene. Remastered from the original tapes. Faithfully reproduced original artwork; Artwork by renowned illustrator Ichibun Sugimoto. New introduction by Anton Spice.