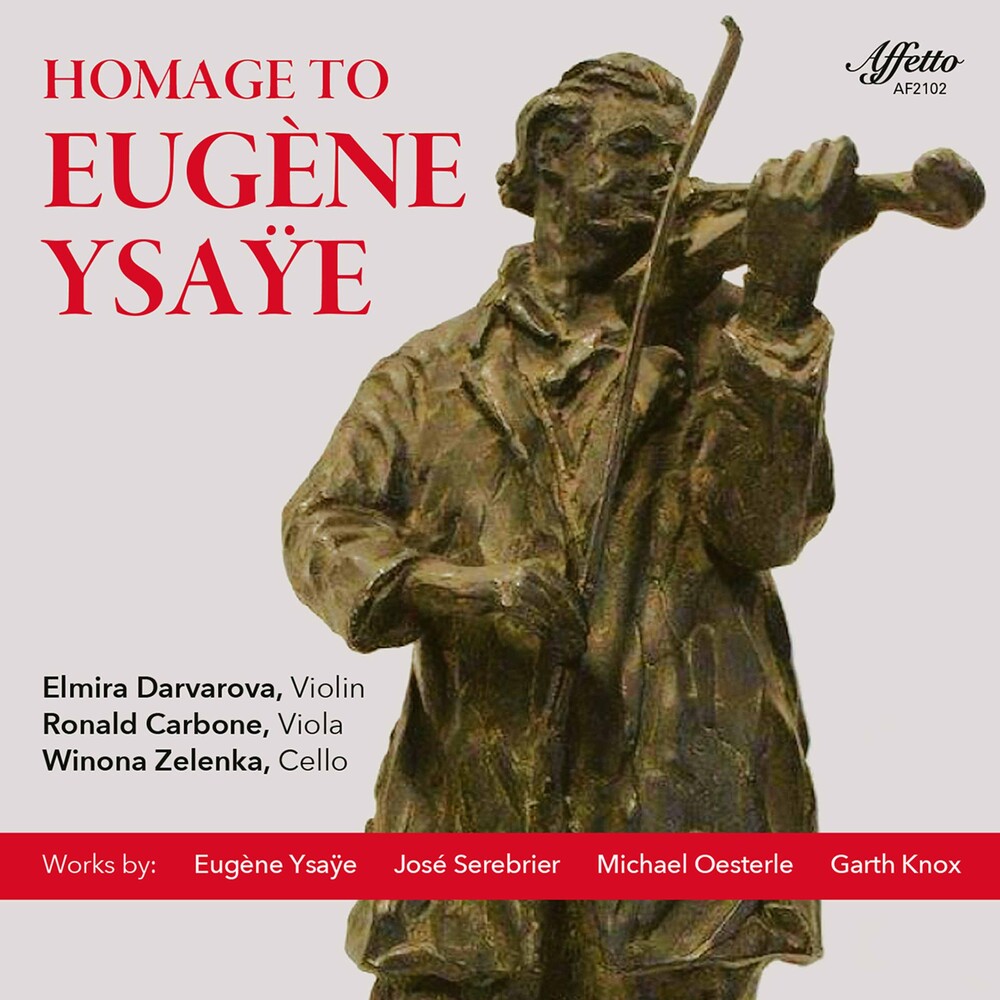 HOMAGE to EUGENE YSAYE" is a double- album presenting works by the legendary Belgian violinist and composer Eugène Ysaÿe (1858-1931), as well as by 3 other composers whose works and legacy have been influenced by Eugène Ysaÿe: the Uruguayan-born, New York-based composer José Serebrier (born 1938), the German-born, Canadian-based composer Michael Oesterle (born 1964), and the Irish-born, Paris-based violist and composer Garth Knox (born 1956). While Eugène Ysaÿe's works on this album include his most well-known masterpiece - the "Ballade" (Sonata No. 3) from his Six Sonatas for Solo Violin Op. 27, as well as two other gems - his Sonata for Solo Cello, Op. 28, and his forgotten, but recently re-discovered 1927 String Trio No. 1, Op. 33, the other three composers are each represented with a world premiere recording, in addition to José Serebrier's very first composition, dating from his teenage years - his Sonata for Solo Violin, Op. 1. This magnificent collection of works for strings from the 20th and 21st centuries is a reflection on the undiminished power of the immortal legacy of Eugène Ysaÿe as a genius musician whose extraordinary achievements as a performer and composer spread beyond his time, to enrich and inform other works that not only pay homage to him, but are masterful and unforgettable on their own, carrying over the undiminished fascination with Ysaÿe's oeuvre, and further inspiring, on their own terms, present day interpreters and audiences. As passionate advocates for Eugène Ysaÿe, and for the three world premiere recordings, as well as José Serebrier's Sonata for Solo Violin, Op. 1, the performers of this splendid album - violinist Elmira Darvarova, violist Ronald Carbone and cellist Winona Zelenka - appear as an ensemble as well as soloists.
This website uses cookies to personalize content and analyse traffic in order to offer you a better experience.
I accept Learn More
back to top